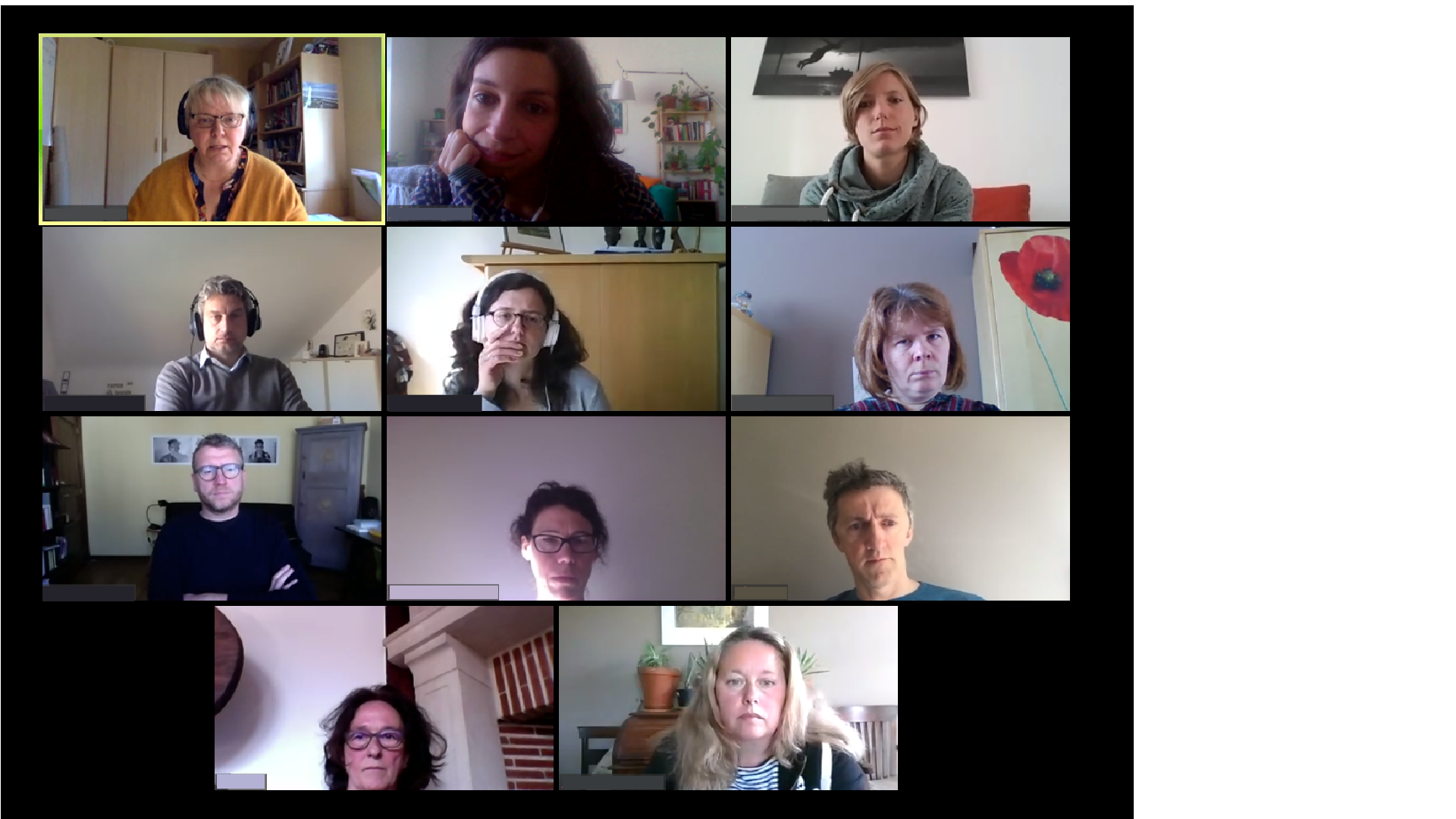 Ten members of the ULB staff (7 women and 3 men) participated in an initial Training on gender equality and institutional change on the 16 and 17 April 2020. Most of the participants were already part of CALIPER working groups (4 STEM researchers/professors, the Dean of the Engineering School, the Vice-Rector of academic policy and career management and the whole CALIPER team). Two people were not initially connected to the project (a STEM researcher/assistant and a person from the administrative staff).
The one-day-and a half online training sessions were designed and carried out by Smart Venice, the gender expert organization of the CALIPER consortium, with the goal of creating a common knowledge base and a shared vocabulary on gender equality in research presenting and discussing problems at stake, policies, and potential interventions.
The learning objectives were focused on supporting the process of institutional change, aimed at addressing gender unbalances in recruitment, retention, career progression of researchers, and in decision making positions, and integrating a gender dimension in research content.
The approach was based on participatory methodologies and, although it was originally planned as a face to face setting, interaction and participation were highly fostered in the online version of the training too.

The objectives of the training have been achieved. The participatory methodology and the exchanges between the participants allowed to build a shared vision and language on gender equality. Moreover, although the WGs were established in March 2020, most of the members did not each other well yet. The training allowed the participants to initiate a collaborative group dynamic, setting a key step of the project: to have a strong basis for people motivated to work for structural change.

The presentations of the training can be found here (in FR): Day 1 & Day 2