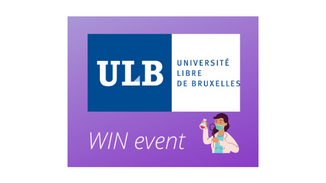 The project acknowledges that gender stereotypes also exist in the business sector and that more women in STEM are needed. Each GEP implementing partner had to organise its WIN event. In particular, the WIN event had a double fold aim: on one side it highlighted and valued women’s led innovations presenting startups and spin offs and examples of gender sensitive product development/design; on the other hand, it raised awareness to attract more girls to STEM research.

ULB held its WIN event on the 30th of April 2022. The main objective of this event was to bring almost 100 young girls (12-15 years old) closer to STEM subjects. Girls went through 4 workshops to learn hands-on skills in STEM, to gain a sense of confidence and belonging in STEM, meet local STEM role models, and be encouraged to take up long-term STEM careers.

The WIN event had 93 participants. All of them were girls, mainly between 12 and 15 years old (95%), with only a few younger and older girls.

Overall, the participants discussed the gap between men and women in science, and how the girls can be motivated, with emphasis on their competencies. To strengthen this process, the floor was given to role models, to show them how they can empower themselves and support other girls. The personal stories that were shared, were aimed at motivating and inspiring young girls to pursue a career in science. During the workshops, the girls had the chance to do simple science experiments and exercises.

The WIN event is part of the GEP actions of ULB. 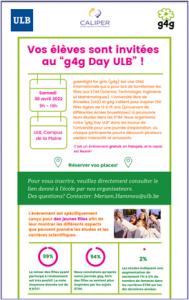 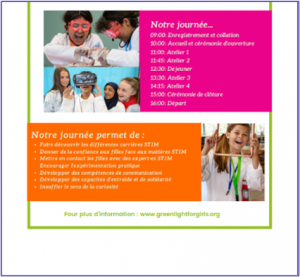 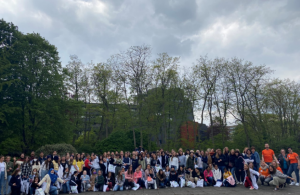